Illinois’ #1 provider of all types of New and Used Stairlifts and Accessibility Products in Rockford and Chicago, Illinois

Best Choice for Stairlifts in Rockford and Chicago, Illinois

Windy City Stairlifts is located in the Chicago Metro area and services the entire state of Illinois. We provide you with over 100 years of home accessibility experience and we are a preferred Savaria Stairlift partner. All of our installers are Savaria Certified Technicians with years of experience installing chair lifts. We firmly believe in providing home accessibility equipment that is the safest and most reliable available. We have a strong passion for the work we do and it shows in our end products. We believe pricing should be fair for the market and we strive to keep it that way. We provide a Lifetime Warranty on Savaria products and this shows our commitment and dedication towards providing the best service possible. 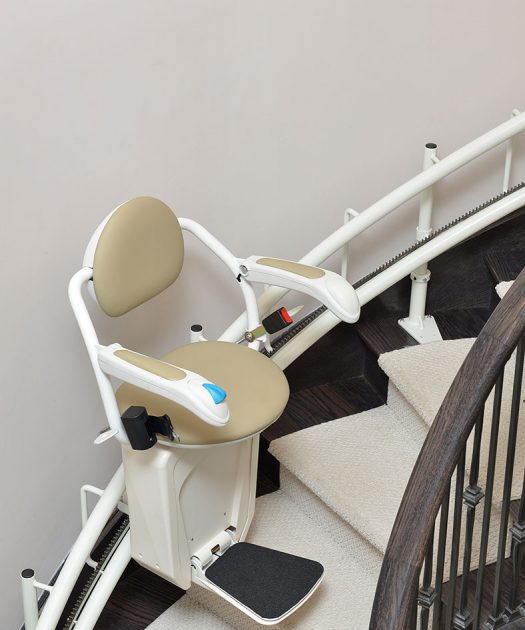 A Great Place to Live and Work with an Interesting History  and People from Rockford, Illinois, “the Forest City”

Rockford is the third largest city in the U.S. state of Illinois, the 171st most populous city in the United States, the largest city in Illinois outside the Chicago metropolitan area, and the city of the 148th most populous metropolitan area in the United States. It is the county seat of Winnebago County and is located on both banks of the Rock River in far northern Illinois. A small portion of Rockford dips down into neighboring Ogle County. Settled between 1834 and 1835, Rockford was strategically positioned between Chicago and Galena and thus became suitable for industrial development. Rockford was notable for its output of heavy machinery and tools; by the twentieth century, it was the second leading center of furniture manufacturing in the nation, and 94th largest city. Its decline, emblematic of other cities in the Rust Belt, led to economic diversification into automotive, aerospace, and healthcare industries, as well as the undertaking of various tourism and downtown revitalization efforts. Referred to as the Forest City, Rockford is known for various venues of cultural or historical significance, including Anderson Japanese Gardens, Klehm Arboretum, Tinker Swiss Cottage, the BMO Harris Bank Center, the Coronado Theatre, the Laurent House, and the Burpee Museum of Natural History. Its contributions to music are noted in the Mendelssohn Club, the oldest music club in the nation, and performers such as Phantom Regiment and Cheap Trick.

The only true outdoor stair lift in the industry. The Savaria Outdoor Elite stairlift offers full marine technology and protection and has been tested to withstand even Chicago’s tough weather conditions.