Illinois’ #1 provider of all types of Stairlifts and Accessibility Products in Barrington, Illinois

Best Choice for Stairlifts In Barrington and Chicago, Illinois

Windy City Stairlifts is located in the Chicago Metro area and services the entire state of Illinois. We provide you with over 100 years of home accessibility experience and we are a Savaria  Stairlift partner. All of our installers have worked with Savaria products and have years of experience installing chair lifts. We firmly believe in providing home accessibility equipment that is the safest and most reliable available. We have a strong passion for the work we do and it shows in our end products. We believe pricing should be fair for the market and we strive to keep it that way. We provide a warranty on Savaria products and this shows our commitment and dedication towards providing the best service possible. 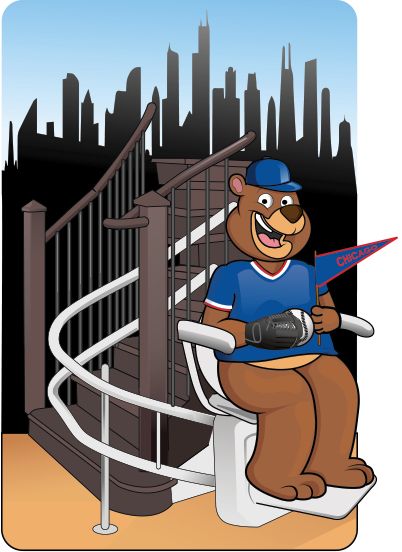 The Village of Barrington, Illinois “A Great Place to Live, Work and Play”

Barrington is an affluent suburban village in Cook County and Lake County, Illinois, United States. The population was 10,327 at the 2010 census. Located approximately 32 miles northwest of Chicago, the area features wetlands, forest preserves, parks, and horse trails in a country-suburban setting.The Barrington area ZIP code, 60010, is the seventh-wealthiest ZIP code in the United States among areas with a population of 20,000 or more.Barrington is part of the Chicago metropolitan area and serves as the hub of activity for the surrounding 90-square-mile region which consists of six independent villages including North Barrington, South Barrington, Barrington Hills, Lake Barrington and Tower Lakes, as well as small portions of Carpentersville, Deer Park, Hoffman Estates, and Inverness. The village’s motto is “a great place to live, work, and play!”